What Others Are Saying

“One of the best television news producers ever, Haddad is now the premier multimedia event planner in Washington. If there’s a major, news-making conference or gala, chances are that Haddad had a role in planning it.”
Marc Ambinder, The Atlantic

“Haddad is the face of Washington’s inner circle … You want to get to know her because she knows everyone who is anyone. (p.s. If she asks you to do a TamCam interview, say yes.)”
“25 People You Should Know in Washington” — Politico

“Tammy Haddad has a mission — to save the Washington social scene by making it safe for people who don’t want to get along.”
“Capital Skill” — Women’s Wear Daily 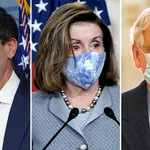